About the Laptop Power Adapter

If we regard the laptop launched by Compaq in November 1982 as the earliest prototype of notebook computer, notebook has been with us for 35 years since its birth. As an important productivity tool to promote human development, notebook has become an indispensable role around us. After decades of development, the form, portability, security, stability, performance and many other aspects are different, and the power supply born with the notebook seems to have attracted little attention. Today, the author will talk to you about the notebook power adapter. 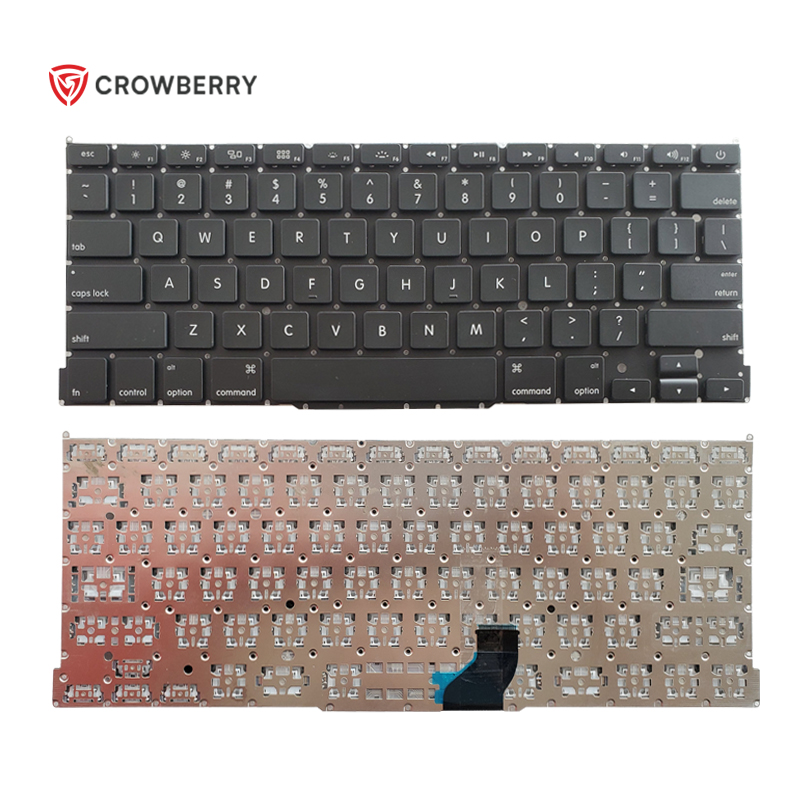 Today's thin and light notebooks have become the most popular category of notebooks. Of course, there are two in one notebooks designed for mobile portability on top of thin and light notebooks. In the era of mobile Internet, the demand of mobile office also makes the notebook lighter and thinner. When the size is fixed, the portability of a notebook is usually divided into two parts: the bare metal weight and the travel weight (the weight of bare metal power adapter). Often, the bare metal weight of some products is maintained very well, The power adapter has become a stumbling block, which is more embarrassing. Is there no way to make the notebook power adapter smaller?

In 1985, Toshiba T1000 took the lead in placing the power supply of notebook computers externally, created the world's first independent notebook power adapter, and began the commercialization and popularization of notebook computers. It has been 32 years, in which the notebook has ushered in earth shaking changes. Compared with the power adapter, the change is much slower. Because the design of hardware circuit and the size of components can not be reduced in a short time, after all, this is contrary to the basic physical principle. So, what is the difficulty of shrinking the notebook power adapter?It was like this ten years ago. Why is it still like this ten years later?

What the author needs for this notebook is a 19v 3A DC power supply. In terms of voltage transformation, 220V AC is first transformed into high-voltage DC through rectifier circuit, then into high-frequency high-voltage pulse through switch tube, and then transformed into low-voltage (such as 19v) pulse through transformer. The 19v low-voltage pulse passes through a rectifier and voltage stabilizing circuit to become 19v stable DC You've lost your hearingAt present, the most difficult problem for notebook power adapters is that there is no unified standard, and a variety of power adapters grow savagely. Therefore, the notebook power supplies we see are diverse and difficult to classify. They can be classified by brand, such as Acer, apple, ASUS, Dell, HP, Lenovo and Toshiba. According to the purpose, it is divided into AC (for example, AC is used for household and office), DC (for example, DC is used for car and aircraft). 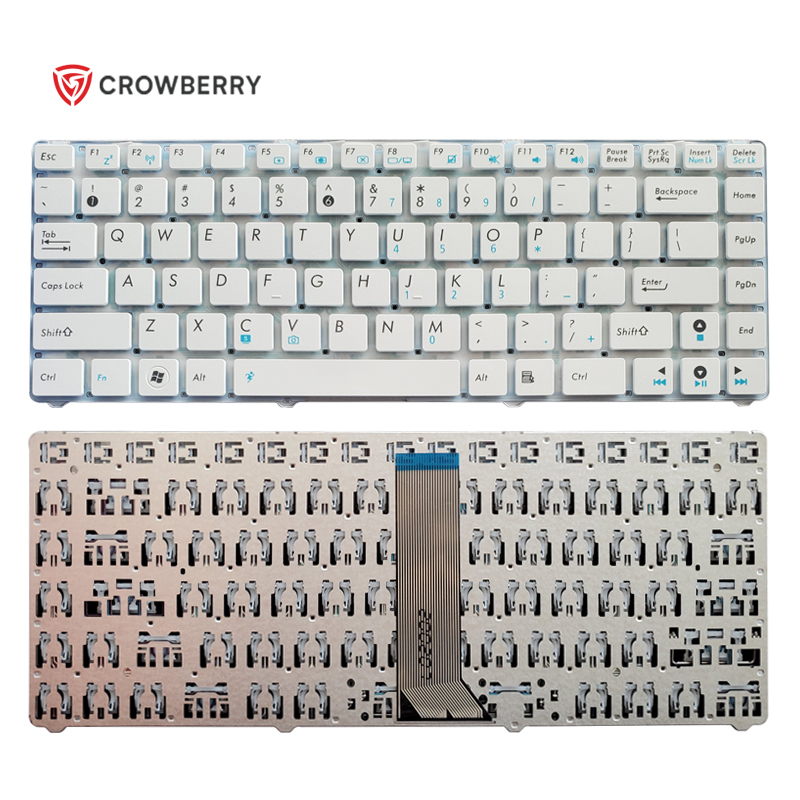 According to the output voltage and current (the label on the back of the charger is usually written behind the output, and the number of V and a are written). Among them, there are 12V series, 15V series, 16V series, 18.5v series, 19v series, 19.5V series, 20V series, 24V series, etc. this is only the voltage, and the current of the same series can be very different. In addition, even if the voltage and current are the same, The probability that their interfaces are the same size is also very small. In terms of the shape of the interface, they are long, flat, square and round. However, the circle is also divided into large circle and small circle So it's really hard to have wood?

If your power interface can just be plugged into another notebook, congratulations on being able to charge this notebook even if the current is different (large current, short charging time, small current and long charging time). Of course, if the current does not match, the hardware inside the notebook will be damaged, so don't play like this as a last resort. But! Compared with current, you need to pay more attention to voltage. Different voltages will cause irreversible damage to the product, or even Forget it, I won't say it. You can fix it yourselfFor us ordinary consumers, Xiaobian prefers to classify them according to their shapes, such as "brick", "cuboid" and "Bian" Occasionally, we will make complaints about the design of all the designers. When we know the power adapter is narrowing and difficult, let's talk about those wonderful power generators that Xiaobian has seen.

"Brick" power adapter is very common in game books. Even if you only look at the power supply, you can tell whether this notebook is specially used for playing games! There is no doubt that its volume and weight are much larger than the latter two. It is a necessary good product for home travel and house robbery ! Look at this thick and heavy power supply, especially better than brick! It can easily deal with emergencies and add a sense of security to you. Of course, there are some super powerful and super abnormal giant notebooks on the market. Two power adapters like this are their standard configuration.

Although it is very difficult for notebook power adapters to become smaller, some smaller power adapters have emerged in recent years. For example, the power supply of Microsoft Surface series is the leader of "rectangular" power adapters. It is not only a little smaller than the traditional size, but also humanized by adding the USB charging port, but the charging head is obviously not the standard shape. It can be attached to the notebook by magnetic adsorption. Why do you have to plug it in? It's like an antenna whether it's inserted directly or reversely. Alas, it's a pity that it's so far from perfect.

Speaking of "Bian" Well, it's the most common type of power adapter in notebooks. Most of them are cubes with large and small volumes. However, the design of their power plugs is often anti-human. For the two power supplies in Xiaobian's hand, their plugs are often fixed and protrude from the whole plane, It's very easy to squeeze scratches or push out a hole for other equipment in the backpack, and it's also very abrupt (occupying space) on the plug-in board, which hinders the view.In addition, the power cord more than one meter long is also a very troublesome problem. I think many people have experienced the feeling of notebook power cord HDMI Cable mouse cable keyboard cable, which is simply collapsing. The mouse and keyboard can be connected wirelessly, so is it possible to charge the laptop wirelessly? Don't tell me, there's such a thing!Dell recently exhibited a notebook with wireless charging design, which looks very similar to the current design idea of mobile phone wireless charging. In my opinion, short-term and close-up mobile office is still very good, but if I travel for a long time Do you want me to take such a big charging disc out (black face question mark)? Therefore, the wireless charging of notebook is still in a tentative stage at this stage. Unless there is a substantive breakthrough in battery technology, it is difficult to have an excellent experience.

People with exploration spirit will ask, will the charger of mobile phones, computers and other electronic devices consume power when it is left in the socket? It has to be said that those who can ask such questions are good children who carefully observe the things around them. The answer is consumption! Chargers need a series of processes such as step-down, rectification and filtering. Generally, transformer equipment is used. Even if there is no load, there will be corresponding "no-load loss". For mature and reasonable industrial product design, this loss will generally be less than 1W. I think it might be more intuitive to look at it for money.

Let's make a rough estimate. Assuming that the no-load current of a single electric equipment charger is 0.5W, the power consumption for one hour is 1 * 0.5 = 0.5W · H = 0.0005 kwh. In a year, it is 365 * 0.012 = 4.38 kwh. According to the average price of electricity, the no-load loss of a notebook power adapter is about a little more than 2 yuan a day 10 is a little more than 20 yuan, Although the money for a cup of Starbucks is not enough, we should remind everyone to save electricity.